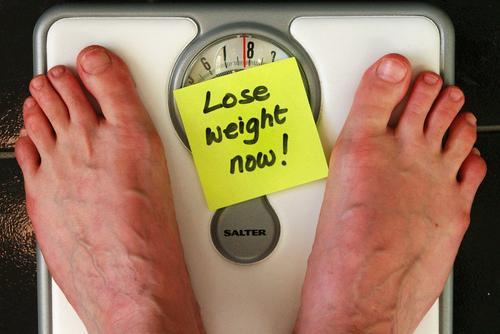 A low-carbohydrate diet is better for losing weight and may also be better for lowering the risk of heart disease than a low-fat diet, according to a new study.

While low-carb diets have outperformed other diets when it comes to weight loss, some researchers feared they might be worse for heart health because they tend to be high in fat.

The new study shows that with proper nutritional counseling, people can lose more weight and lower their risk factors for heart disease on a low-carbohydrate diet, said the lead author, Dr. Lydia Bazzano of Tulane University in New Orleans.

“This study shows if you are overweight and have cardiovascular disease risk factors and haven’t had success on other diets, certainly a low-carbohydrate diet is worth a try,” said Bazzano.

Carbohydrates are found in food and include sugar, fiber and starches that give the body energy. Some carbs – like those in whole grains and fruits – are healthier than others – like those in white bread and other processed foods.

Bazzano and her colleagues write in Annals of Internal Medicine that low-carb diets have become popular weight loss strategies in recent years. Studies on their effects on cardiovascular risk factors have produced mixed results, however.

For the new study, she and her colleagues recruited 148 obese men and women between the ages of 22 and 75. None of the participants had heart disease or diabetes.

All participants attended regular meetings where they learned about portion control, healthy eating and overall nutrition. They were also offered one meal-replacement bar or shake per day.

The only difference between the groups was the proportions of carbohydrate and fat in their diets.

Those in the low-carbohydrate group were told to eat at no more than 40 grams of digestible carbohydrates per day. (“Digestible carbs” equals total carbs minus total fiber.)

Overall, about four of every five participants were still following the diets 12 months later.

During that time, the researchers found, people on the low-carbohydrate diet lost more weight and more body fat than those on the low-fat diet.

The difference in lost weight between the two groups would represent about eight additional pounds.

Additionally, the researchers saw no increases in total cholesterol or “bad” LDL cholesterol between the two groups. Bazzano said that’s good news since some thought a low-carbohydrate diet would increase cholesterol levels.

Those in the low-carbohydrate group had lower levels of fat circulating in their blood and had lower scores on a measure often used to predict the risk of a heart attack or stroke within the next 10 years.

“I thought that was a very striking finding,” Bazzano said. She added that the score that predicts risk of future heart attacks and strokes was computed after the study was finished and is less reliable than the other risk factors they measured.

Dr. David Jenkins, who wasn’t involved in the study, told Reuters Health, “This doesn’t look to me to say ‘eat all the meats you want to lower your carbohydrates.’ That’s just one way to do it.”

Instead, Jenkins said, people in this study appeared to improve their overall diets. For example, they were eating foods with healthier fats, such as nuts and beans.

He also said they seemed to eat more fiber and cut down on processed foods with more carbohydrates.

“I think it’s another testament to what one can do with a more plant-based diet using the right macro nutrient profile,” said Jenkins of the Department of Nutritional Sciences at the University of Toronto and the Keenan Research Centre at St. Michael’s Hospital.

Bazzano agreed that the overall diets improved among the participants and they were encouraged to eat healthier forms of protein like chicken, fish, nuts and beans.

She also said her team is not sure why people on the low-carbohydrate diets lost more weight and had lower risk factors for heart disease after one year. It’s not clear, she added,if there would still be a difference after a longer period.