Type AB Blood? You May Be More Prone to Memory Loss 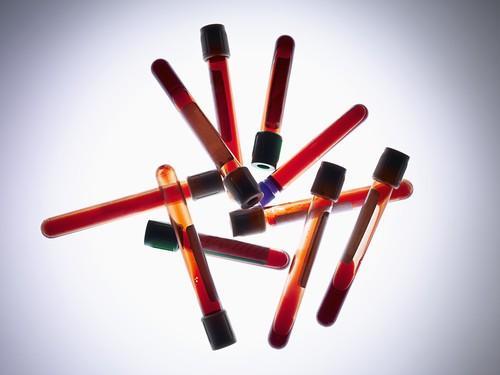 How sharp you are at age 65 may be tied to something totally out of your control: your blood type. And people with Type AB blood — the least common type — may face a particularly high risk of memory loss later in life, according to a study published Wednesday in the journal Neurology.

The researchers asked more than 1,000 people age 45 and older to perform cognitive and memory tests — learning and then recalling a list of 10 words, for example — and then took a blood sample from each study participant. After following the participants for an average of 3.4 years, the scientists found that those with Type AB blood had an 82 percent higher risk of cognitive decline.

This isn’t the first time blood type has been shown to influence health risks. In a 2014 study from Pakistan, for example, people with Type A blood were shown to be at significantly higher risk of heart disease. Another recent study, published in the Journal of Clinical & Diagnostics Research, identified Type A blood as a possible risk factor for oral, esophageal, and salivary gland, cancers, while Type B was flagged as a potential risk factor for laryngeal cancers.

It’s also not the first time that Type AB blood has been tied specifically to vascular trouble: A 2014 study published in the Journal of Thrombosis and Haemostasis — conducted by the same researchers behind the new Neurology study — found that people with Type AB blood faced an 83 percent higher risk of stroke than those with Type O blood, which had previously been linked to reduced odds of cardiovascular issues.

But despite this emerging — and increasingly compelling — body of research, said Mary Cushman, author of the new study, “physicians and patients aren’t thinking at all about blood type and risk of diseases.” She told Yahoo Health in an email, “The reason is that we don’t yet know the cause for the connection.” Much more research is required, she explained, before doctors can consider checking blood type to predict disease. “Right now,” she said, “we are a ways off from doing this.”

Even so, Cushman and her colleagues have begun to explore potential links between Type AB blood and memory loss. A primary area of interest: coagulation factor VIII, which is “a clotting protein involved in normal formation of blood clots,” explained Cushman. In the study, the AB group had the highest levels of the protein, compared with folks of other blood types. “We think that people with higher factor VIII are at increased risk of vascular conditions, like stroke,” Cushman said. “Since factor VIII levels are closely linked to blood type, this may be one causal connection between blood type and cognitive impairment.”

However, in the study, factor VIII didn’t emerge as a statistically significant link between Type AB blood and memory decline, suggesting that there’s another physiological explanation at play. One possibility? Something called ABO glycosyltransferase, which is “the enzyme that tells us what your blood type is,” Cushman said. Different versions of the enzyme, as dictated by blood type, signal different sugars to attach to red blood cells. As a result, ABO may play a role in regulating different bodily systems, including clotting function, said Cushman.

So should Type AB people panic about preserving their memory? Cushman thinks not — at least not yet. “The association we saw was relatively small, and the findings need to be confirmed in other studies,” she said. “However, everyone can work to maintain their cognitive function through leading a healthy lifestyle, in terms of diet, physical activity, and not smoking, as well as controlling cardiovascular risk through optimizing blood pressure, cholesterol, and diabetes treatment.”